Posted 8 months ago by ESO Network 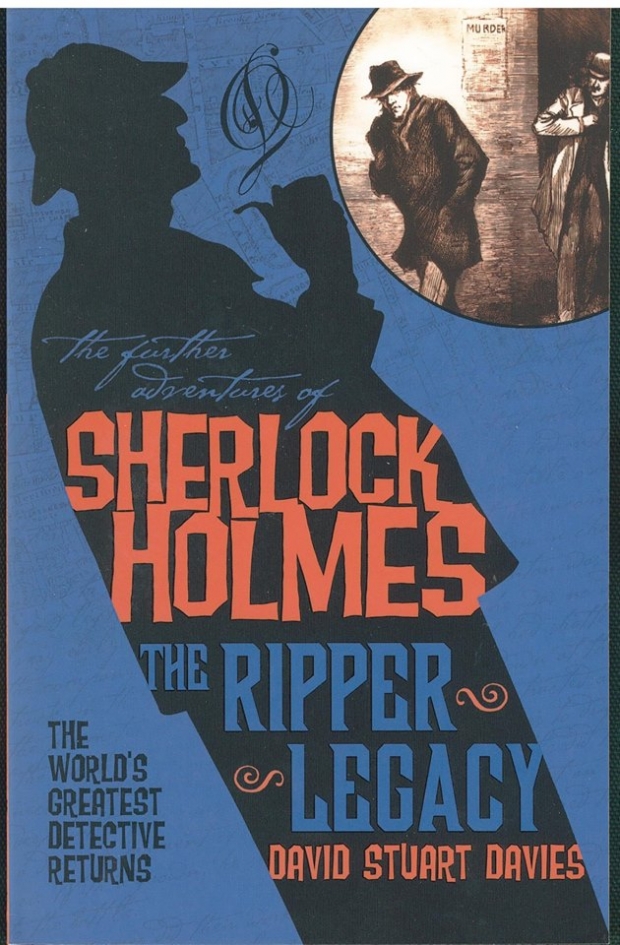 As someone who publishes Sherlock Holmes anthologies, we are obviously fans of Conan Doyle’s wonderful characters. We are also naturally curious as to what other publishers have done or are presently doing with them. Thus we decided to look at the Titan Books series, “The Further Adventures of Sherlock Holmes” that have been released in the past few years. Titan is an excellent outfit with a stellar track record of producing some of the finest genre titles on the market today. We hoped this quality would extend to the Holmes books when picking up “The Ripper Legacy” by David Stuart Davies.

We needn’t have worried.

In “The Ripper Legacy,” Holmes and Watson are called upon by a distraught young couple whose eight year old son has been kidnapped. As the family is not wealthy, there appears to be no logical reason for the abduction, which perplexes Holmes. Ultimately he uncovers a lie which then sets him on a course that will connect with the earlier crimes of the infamous Jack the Ripper. Who is this child that he important to a criminal genius and what possible threat could the boy pose to the British Crown? Saying any more would be spoiling the fun of this twisting mystery that unravels at a quick pace one Holmes discovers that one loose thread. Then he and Watson are on the hunt.

The book has plenty of suspence and action as our heroes are never at rest, though the murderous villain they battle has the uncanny ability to stay one step ahead of them throughtout the entire adventure. Another vital aspect of any Sherlock Holmes tale is how well the writer captures the essences of these beloved figures. Again, Davies is truly wonderful in his portrayals. These are Doyle’s character as we’ve all come to know and love them. “The Ripper Legacy” is a damn good read. Don’t miss it.