Home The Earth Station DCU Episode 154 – Down in the Swamp

The Earth Station DCU Episode 154 – Down in the Swamp

Posted 8 months ago by Drew Leiter 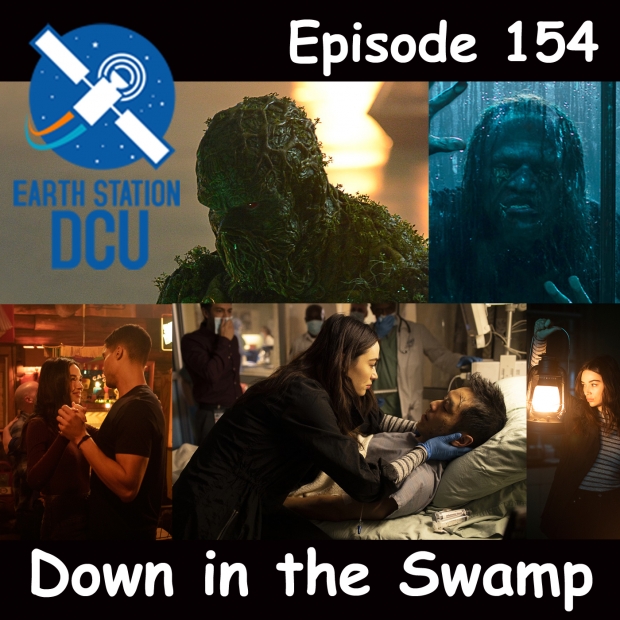 This Week on Earth Station DCU! Drew Leiter and Cletus Jacobs are joined by the Geek Girl herself Angela Pritchett to talk Swamp Thing S1 Ep3. Angela gives us a behind the scenes look at Swamp Thing, plus the real reason the show was canceled! In Adventures of the Super Sons #11, old Damien and old Jon show up to help their younger selves battle Rex Luthor. Bane’s plan is revealed in Batman #72. A new member joins the ranks of the JL to help battle the Legion of Doom in Justice League #25. Oliver and Hal be trippin in The Green Lantern #8. Lord Opal makes his move during teen sharing hour in Young Justice #6. All this plus, DC News, Swamp Thing, Cletus’s pick of the week, and much, much more!

Adventures of the Super Sons #11

Earth Station One Tales of the Station

Earth Station One Tales of the Station Vol. 2

The Chameleon Chronicles: Colors of Fate

The Chameleon Chronicles: Sisters of the Thorn

Want to Donate to the Show or Sponsor our Comics Talk for this week? No problem! Just click on the donate button below!

If you would like to leave feedback, comment on the show, or would like us to give you a shout out, please call the ESDCU feedback line at (317) 564-9133 (remember long distance charges may apply) or feel free to email us @ earthstationdcu@gmail.com