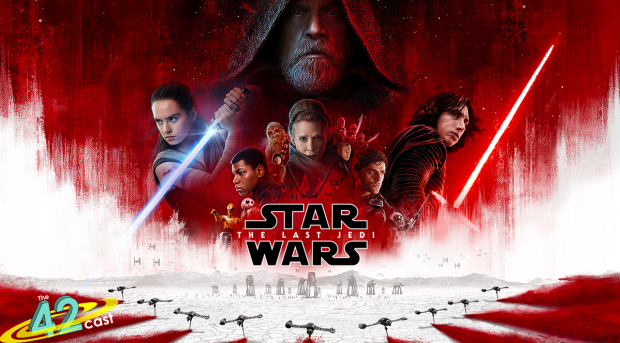 Last Jedi hit movie theaters two years ago, and the reaction was unprecedented. It made its bank as expected, but the controversies both in and out of universe raged in a way that no single movie has ever provoked. With The Rise of Skywalker premiering this year, we decided that it was time to pull out our review of The Last Jedi. We discuss many of the issues and concerns that people have about the movie and give our own opinions. We also talk about the further development of “The Skywalker saga”, speculate on some of the mysteries, and say what we’d like to see in the final installment.

For this week’s Five-Minute Controversy we ask at what point a series requires a reboot.

This week Ashley; Anthony; and newcomer, Juliette, join the cast.