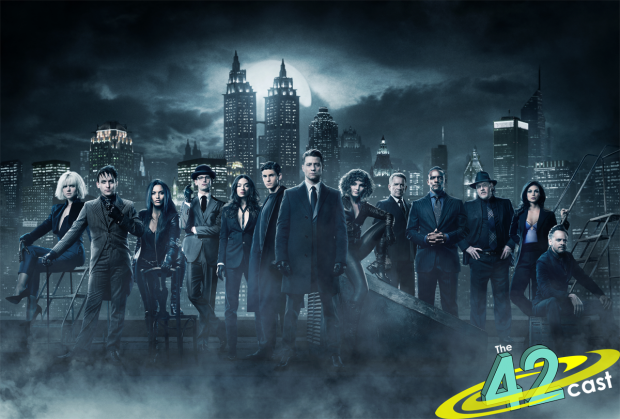 Originally, Gotham was going to be the story of a young Jim Gordon fighting crime in Gotham. By the fourth season, any pretext that this was a show that centered on Gordon was gone. The cast was vast, and the characters shared the limelight. The series remained controversial among Batman fans due to the liberties that it took with the mythology, but it also attracted many more people who were interested in the kinds of crazy stories that got told on Gotham and nowhere else. This week, we take a look at season 4 of Gotham. We talk about the introductions of Sofia Falcone, Professor Pyg, and Jeremiah Valeska. We also discuss Alexander Siddig as Ra’s al Ghul. We also delve into the relationships between the characters, the performances, and what we think of the various plotlines that season 4 brought.

This week Michael and Mike join the cast.