Home The 42cast Episode 45: The Inhumans Among Us (We Watched It so You Don’t Have to)

The 42cast Episode 45: The Inhumans Among Us (We Watched It so You Don’t Have to) 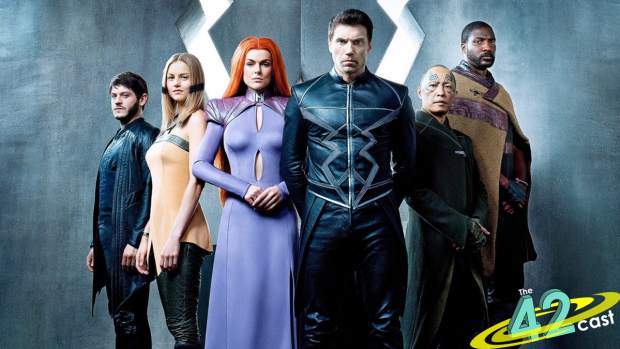 Marvel’s Inhumans made history by being the only MCU series to not be renewed for a second season. With controversial choice of showrunner, Scott Buck, helming the show, the series suffered from poor ratings and poor reception from the fanbase. In this episode we examine the Inhumans series and examine what went wrong. In addition we examine the context of the show and the usage of the characters within the fabric of the greater MCU as well as how the characters from adapted from their comics origin. We also talk about the things that we liked about the show. After that we talk about whether the MCU should scrub the show from the continuity or what we would do to salvage it in the ongoing Marvel narrative.

This week Mark; Mike; and newcomer, Joe, join the cast.