Posted 2 years ago by Nathan 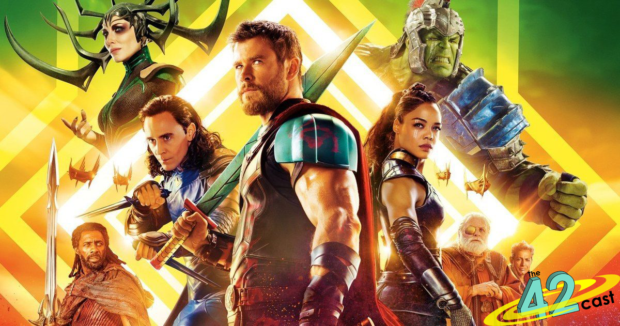 It’s been over six months, since Thor: Ragnarok hit theaters. Teaming up Thor with the Hulk, the film boasted a higher humor content than previous movies in the Thor franchise and also ended up being the highest grossing film in the series to date. This week, the 42cast talks about the movie, it’s place in the Thor franchise as well as the MCU in general, and what we’d like to see out of the franchise in the future. We also debut our new segment, Five Minute Controversies.

This week Rachele, Anji, and Ryan join the cast.