The 42cast Episode 26: The Journey Home

Posted 2 years ago by Nathan 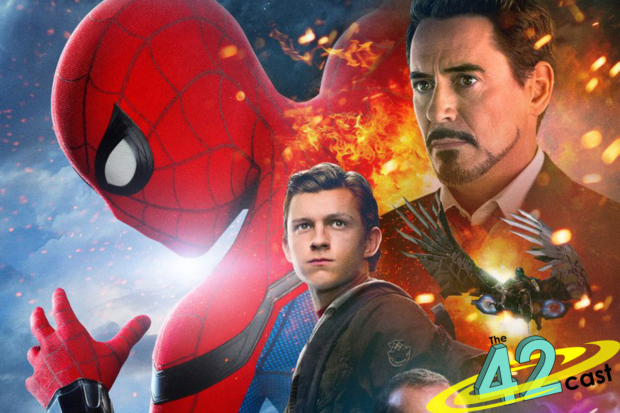 Back in 2015, Marvel and Sony announced an unprecedented deal to allow Marvel to use Spider-Man in their movies and for Marvel to allow Sony to use some of their characters in a Spider-Man movie. No money changed hands, and both studios reaped the rewards. This week we dive into Spider-Man: Homecoming and how it stacks up to previous attempts to do Spider-Man on film. We talk about how this version of Spider-Man fits into the MCU and why we’re so glad that we didn’t see yet another origin story. We also talk about the stellar work of Michael Keaton as the Vulture and speculate on what the sequel holds for our wall-crawling hero.

This week Gary; James; Will; and newcomer, Joe, join the cast.

Show Notes:
The 42cast merchandise on Teepublic
Earth Station One: Tales from the Station Volume 2