Home The 42cast Episode 21: All the World is Waiting for Her

The 42cast Episode 21: All the World is Waiting for Her 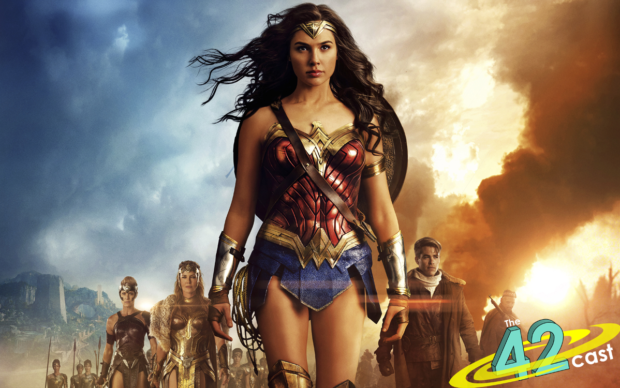 Six months ago DC rocked the world of men with a movie so groundbreaking and hopeful that it’s changing the face of Hollywood blockbusters. That movie is Wonder Woman. Join the cast as we talk about why we think it’s resonated so strongly with audiences, what effect we think that it’ll have on the DCEU, and how it adapts Greek Mythology and the comic book origins of Wonder Woman. We also talk about the characters, setting, acting, and script. Then stick around for the outtakes as we discuss Batman v Superman in light of Wonder Woman and what we think of the future of the DCEU.

This week Sam, James, and newcomer Bree join the cast.