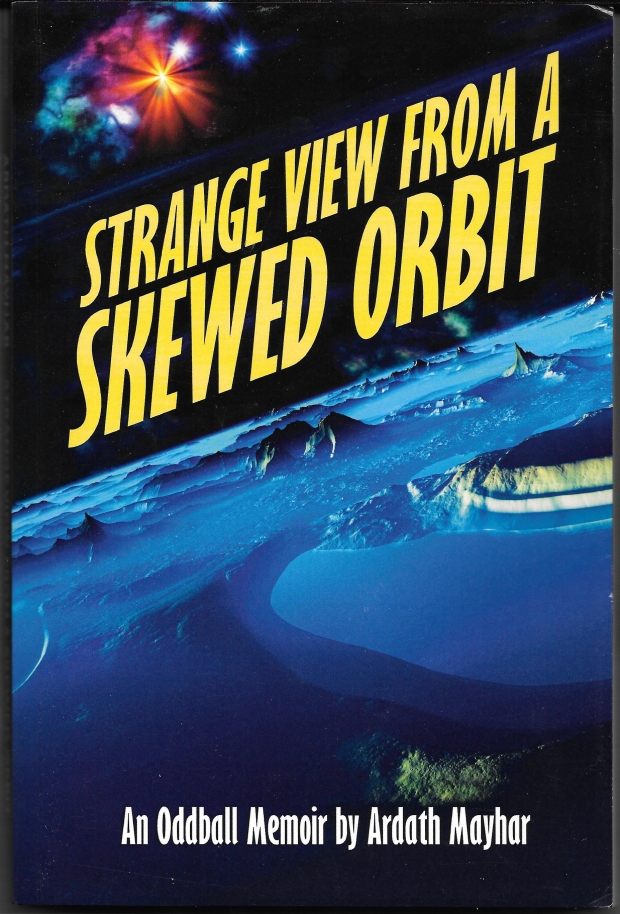 Dear Readers, this certainly will not be one of my regular reviews. You see the subject matter is much too personal for me and we need to share much more than a few declarative paragraphs concerning this wonderful little book. So time for some history. In the early 80s, pre-PC and internet time, I had joined a group via snail-mail correspondence called SPWAO; the Small Press Writers & Artists Organization. We were made of up both amateur and professional creators all working in one fashion or another with small press. Among that group was Texas based professional sci-fi and fantasy writer Ardath Mayhar. If you’ll allow me to name drop here, the group also included among its ranks Charles Saunders, Richard & Wendy Pini and Kevin Anderson; all of which I’m sure you readily recognized.

We had officers, collected dues and published a monthly newsletter. At one point I was elected the President and responsible for putting out that newsletter. It was along this time that I began a friendly correspondence with Ardath not realizing it would soon become a life-saver for me. Note, members of SPWAO were set on achieving professionalism in various genres, from books to comics. Most of my energies directed towards the latter without much thought at all to novel writing.

Then came my divorce and my world turned upside down. Having three small children unable to comprehend exactly why their father was leaving caused me months of pain and anguish. At one point I let some of this out in a letter to Ardath, this kindly grandmother writer from Texas, as a way of maybe dispelling a little of the hurt I was dealing with. Her response was a rapid reply in which she suggested, “Why don’t we write a book together. It might help take your mind off the sadness.” She even let me devise the subject matter and plot and we went at it. Six months later her agent sold “Trail of the Seahawks” to TSR’s new Windwalker paperback line and I was a published author.

And of course, as Ardath was well aware, the rest of my life did settle out. My weekly visitations with my wonderful children eventually proved to them my continued love and devotion and within the next few years some kind of normalcy returned to all of us. Oh, and Ardath and me went on to write two more books together, “Monkey Station” and “Witchfire.” I would have loved to have done more, but she was then in her late 70s and let me know I was good enough to fly on my own, whereas she still had too many of her own tales to tell in whatever time she had left.