Home Some assembly required: What’s next for the Avengers after ‘Infinity War’

Some assembly required: What’s next for the Avengers after ‘Infinity War’ 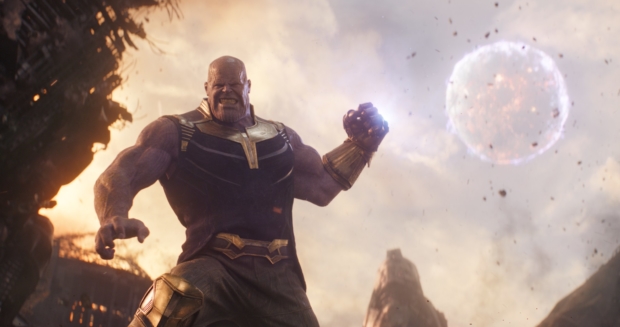 Thanos didn’t exactly leave the Avengers in the best condition at the end of “Infinity War.” (Warning: This blog is full of spoilers about the plot of “Infinity War”!) Similar to the ending of “The Empire Strikes Back,” our heroes have been beaten down and scattered across the universe, unsure how to move forward. (Last chance — major spoilers incoming!) Thanos has wiped out half of all life with a mere snap of his fingers, and for the first time, the Avengers weren’t strong enough to save the Earth or even each other.

While I really liked the ending of “Infinity War” and thought the characters fading into dust was shot and acted very well, I’m 100 percent positive most of the Avengers/Guardians who disappeared are coming back. I know we haven’t seen the last of Spider-Man, Black Panther, Groot, or Doctor Strange. Still, if they’re not gone forever, where are they now and how are they coming back?

I’m hesitant to do too much theorizing, because I don’t want to weigh down my viewing experience of the still-untitled Avengers 4 next year with too many expectations. I walked into “Infinity War” with no real idea what was going to happen, and I think the film impacted me more because of that. Yet it’s hard not to speculate at least a little bit what’s coming in the next film.

One possibility is that the characters who faded into dust are actually dead, but if the Avengers can get control of the Infinity Gauntlet, they can somehow reverse time or alter reality to bring everyone back. The Gauntlet really is like nothing we’ve seen before, and it’s obviously incredibly powerful. Maybe it really can just “snap” everything back into existence.

An alternate theory I’ve heard is that the people who faded *aren’t* dead after all, but instead are trapped inside the Soul Stone or have been sent to some other alternate reality. Maybe even Thanos doesn’t understand the full capabilities of the Infinity Gauntlet or how the snap is supposed to work. Again, if the Avengers gain control of the Gauntlet, maybe they can release all the characters trapped in the Soul Stone or in the alternate dimension.

Although I think that everyone who faded away is coming back, I’m less certain about all the characters who died before the snap. As much as I love Tom Hiddleston as Loki, I think Loki needs to stay dead. If no one ultimately dies in the fight against Thanos, that cheapens the storyline of “Infinity War” and guts the impact of Thanos’ character. Losing Gamora hurt even more, but I’m pretty sure she’s trapped inside the Soul Stone and will be released once the Gauntlet is destroyed (but more on that in a minute). It’s possible Vision could be “uploaded” again to a new form, if Shuri managed to download his information before Thanos killed him.

If Gamora and Vision come back, then another major character does need to die in Avengers 4. It’s really hard to say that, because I love these characters and after 10 years of movies, they kinda feel like family. Yet again, Thanos is supposed to be the biggest, most impressive villain they’ve ever faced, and this story loses a lot of its impact if no sacrifices have to be made to defeat him.

It’s really going to hurt, but I think Captain America will die in the next movie. Based on some comments from the actor, Chris Evans, I think we’ll see Steve Rogers make some kind of sacrifice, saving the universe and his friends but dying in the process. Perhaps to destroy the Soul Stone and free the souls trapped inside, another sacrifice is required, and I can see the Cap stepping up to do that. It would be a really powerful and poignant way to end his story. He will likely pass his shield on to either Bucky or Falcon, allowing them to serve as the next Captain America (my money’s on him picking Bucky.)

The other major character who could die in Avengers 4 is Tony Stark, although I think it is a little less likely. After Avengers 4, I think we’ll see Tony retire and take on more of a mentor role, looking out for Peter Parker and showing up once in a while with new tech for the Avengers.

As for how all these events will come about, I’m trying not to speculate too much about that! The only person who knows is (presumably) Doctor Strange. I believe events are playing out exactly as he intended; he saw a future where the only way to win was to give Thanos the Time Stone and let him think he’s won instead. Doctor Strange is definitely playing the long game here, and I’m excited to see how it all works out.

Other than that, I’m curious to see how Tony and Nebula escape from Titan, and to see what plan the heroes come up with to fight Thanos. Plus, it’s going to be really awesome to see what happens when Captain Marvel responds to Nick Fury’s distress call!

So, what do you think? What are your theories about what will happen in Avengers 4? What are some things you hope to see?