Posted 5 months ago by ESO Network 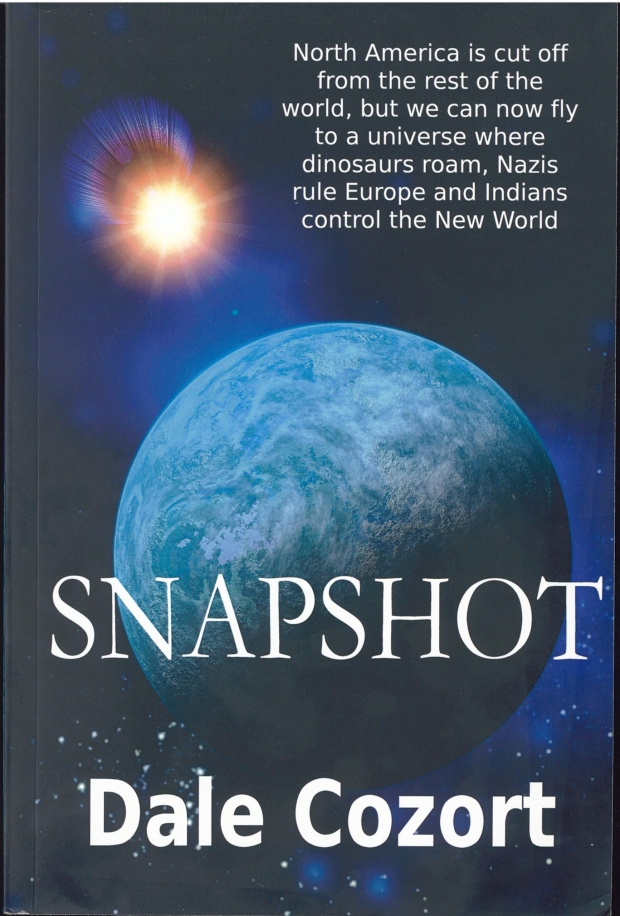 There have been all kinds of science fiction stories using either time travel or alternate dimensions. What writer Dale Cozort has done here is combined both elements into a truly unique set-up which in itself is hard to describe. But being a reviewer, there is really no way to get around that. So please follow along as best you can.

We start with some truly powerful, God-like aliens who have come to experiment with mankind in a strange bizarre way. Part of mysterious plan demands they recreate segments of our history and various cultures in different time-frames. For an example, the aliens, referred to as the Tourists, take a “snapshot” of Europe in 1938. Now this sample is in effect the entire continent and every single living being on it, humans, plants and animals. Now they take this sample and encase it in a giant all encompassing globe. With me so far? Good. Now keep in mind, no one back in the 1938 Europe is even aware this “snapshot” was taken…and they simply go on with their lives. Meanwhile the copies (all the creatures of the now 1938 Europe globe snapshot) are well aware they are no longer on the actual planet Earth.

Of course you can‘t have an experiment with only one sampling. You need others to explore new dynamics, so the Tourists whip up a giant version of the island of Madagascar and set the 1938 Europe snapshot globe on it. Then they take more snapshots from various times and locations, ala United States 1953, Germany 1942, making more and more snapshots…which they then line up one after the other in what appears to be random fashion. Still with me? Hang in there, we’re almost done. Next the Tourists create two vents in each globe so that the people in that snapshot can actually fly into the next globe by going through a rather dense piece of atmosphere called the Babble Zone. That way members of one snapshot can enter another snapshot, etc. etc. etc.

And that’s the Snapshot Universe of Dale Cozort. Note, nowhere in this first novel, published in 2014, do we ever learn anything at all about the aliens save what we’ve just told you. Rather Cozort centers his tale on several characters living in the various snapshot zones. One is an American rancher named McNeil. Another is a female Prussian pilot Captain Steiner and the last an American Middle Eastern Analyst named Greg Dunne. Now both McNeil and Steiner have were born and raised in various snapshots, whereas Dunne is the newbie who at the book’s beginning, is yanked out of his 2014 USA continent and plunked smack dab into the new 2014 USA Snapshot. Thing is when the event transpired, his wife was in Hawaii on a vacation and so she wasn’t snapped. Meaning Greg is alone in his snapshot world without her and other family loved ones while the original Greg Dunne is still back on Earth none the wiser.

By now, dear readers, you are asking yourselves, “If this thing is that convoluted to start with, why should I even bother to pick it up and read it?” The answer is simple enough, because despite its eleaborate background, “Snapshot” is a good book. Not only because its an original and fresh take on old sci-fi stuff, but because Cozort can write truly complex and believable characters. All of which have psychological problems and hang ups. Rancher McNeil hides a dark secret that if exposed will ruin him. And yet this secret haunts him to the point of madness. Pilot Steiner also carries within her a hidden obsession that can only be satisfied by cold cruel vengeance. And finally Greg Dunne grapples with a brand new life he never wanted or asked for.

How these characters confront their personal demons and survive is what propels the narrative in such a unique and fascinating way. “Snapshot” is like no other book you’ve ever read before and very much worth your time and effort. In the end, you’ll be happy you took the ride.