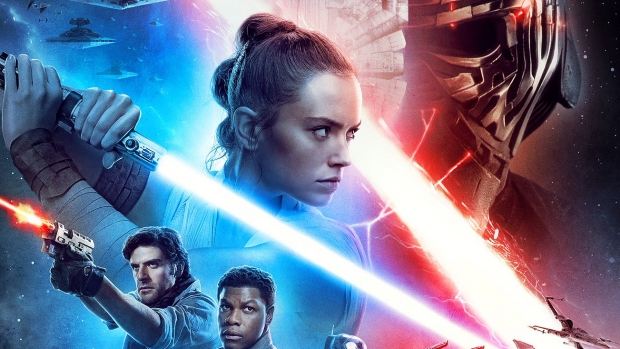 With less than two months to go until the premiere of “Episode IX: The Rise of Skywalker,” the level of Star Wars hype in my household is officially off the charts. Even my husband, who isn’t a Star Wars fan, got caught up in my excitement and decided to go to the movie with me. I’ve got tickets for the first IMAX showing of the movie at my local theater in December and I recruited a crew of family members and friends to come along for the ride.

I didn’t need an additional trailer to convince me to go see this movie — the trailers released at Star Wars Celebration and D23 earlier this year were more than enough. But since I’m dying for any scrap of content related to this movie (and any additional clues regarding what the plot will be), of course I was excited for the final trailer that dropped last Monday.

I love the three trailers they’ve given us because they’ve provided a taste of what this movie will be like but still leave a sense of mystery. Although I have guesses now about what will happen in the film, I think there’s a lot of stuff they’re still hiding from us (we haven’t seen much of General Hux and the Knights of Ren yet).

Anyway, I’ve had a week to mull over this trailer now, and here are my thoughts. I’ve tried to stay away from leaks, and this post contains speculation only, no spoilers. But if you like going into a film with as few preconceptions as possible, this may not be the post you’re looking for!

The saga will end…

If I had to distill this final trailer down to two words, I would pick “magical” and “epic.” I loved how dark and challenging “The Last Jedi” was as a film, but I believe Episode IX will end the saga perfectly, on an emotional and uplifting note.

The new trailer opens with Rey running on a jungle planet (possibly Batuu?), with a super cool voice-over from Finn about the mysteries of the force. Since meeting her in “The Force Awakens,” Rey has become one of my all-time favorite Star Wars characters. I’m looking forward to seeing her grow into a full-fledged Jedi Knight, preserving some of the traditions of the past while also forging a new path. I’m super curious to see what this movie has to say about the Force and the concept of “balance” as a whole.

Aside from the planet I’m assuming is Batuu, we get several intriguing new planets, including this eerie ocean world that kinda reminds me of the ocean planet in “Interstellar.” Rey and Kylo meet on what appears to be the wreckage of the Death Star, and we hear Rey’s voiceover of, “People keep telling me they know me. No one does.” And then Kylo emerges from the mist and rain with his flickering red lightsaber and says, “But I do.”

I maybe definitely screamed during this part the first time I was watching the trailer. (It was actually a fairly pathetic-sounding scream, since I’m still getting over a cold and my excited scream ended up sounding rather garbled/strangled. Thankfully my husband didn’t come running into the room to check if I was dying.)

Rey and Kylo’s super-complicated dynamic is my favorite part of the Star Wars sequel trilogy, and I’m so excited to see where their relationship goes in Episode IX. I also just love the idea of a lightsaber duel between these two on the ruins of the Death Star.

And, I’m dying to know what’s going on with them in that short clip in the white room where they’re destroying some sort of dark side shrine?

By this point I’m 99% sure that Kylo Ren/Ben Solo is getting redeemed in “The Rise of Skywalker” (I also believe he’s the Skywalker the title is referring to). “Bendemption” is my one “must” for Episode IX, and I’m pretty confident I’ll get it, but there’s always that little bit of doubt/worry! 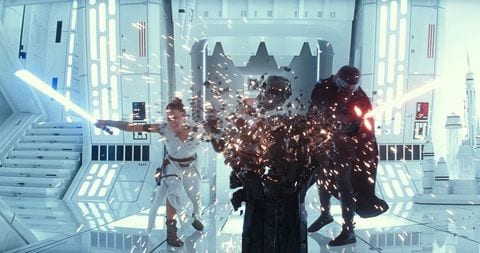 I’m really curious to see what Palpatine’s role in all of this is (the trailer does give us a really cool shot of what appears to be his creepy throne). At first I wasn’t sure that I was in love with the idea of Palpatine returning for this film, but I’m 100% in now, and I think it will be a great way to tie this nine-part saga together.

There are so many randomly awesome shots in this trailer: a Star Destroyer busting out of the snow/ice and/or water; a bazillion Resistance ships all coming together for what appears to be a truly epic space battle to end all space battles; plus space horses(!) presumably running across the deck of a Star Destroyer. Basically I’m either going to be screaming in excitement or crying throughout this entire movie.

Speaking of crying, the most heartbreaking moment of the trailer belonged to C-3PO. C-3PO has never been one of my favorite Star Wars characters, but the clip from the trailer where everyone is looking at him solemnly and he says he’s “taking one last look at my friends” definitely got me teary-eyed.

My theory is that C-3PO is getting his memory erased in this scene for some reason (perhaps to restore his prequel-era memories?). R2 and 3PO have definitely been through a lot throughout this saga, and losing either one of them would be a tough blow for fans.

As always, it’s lovely to see Carrie Fisher, and it’s still heartbreaking that she wasn’t able to act in this film. However, I’m confident that J.J. Abrams will give her a fitting tribute using previously-shot footage.

When I look at all the trailers/footage/images we’ve seen for “The Rise of Skywalker” so far, I’m still not sure what the plot will be, and to me that’s great. I’m pretty certain that the film will center on the themes of redemption and legacy, but as for all the adventures the plot will take us on? I’m looking forward to heading into the theater in December to find out!