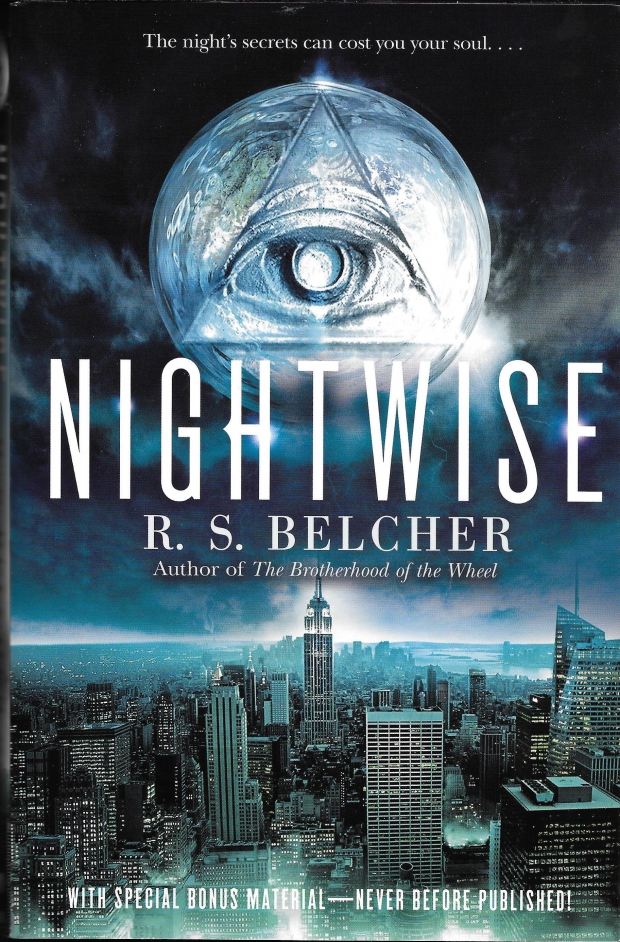 This is the third R. S. Belcher novel we’ve read in the past two years and we are fast becoming devoted fans. Whereas the first two were part of a weird western series, “Nightwise” is a twisted, dark tale of modern witchcraft and wizardry unafraid of venturing into horrific fields of imagination.

Latham Ballard is a wizard whose name is known throughout the magic world; referred to as The Life. At a child, mentored by his Granny, Latham used his supernatural powers to revive a dead squirrel. From that point on there was no turning back and his life became one bizarre adventure after another; most involving deadly out-of-this world battles with all manner of fantastic creatures. In fact, he caused so much trouble, the Nightwise, an organization of wizards devoted to protecting humanity, expelled him. This came as no surprise to Ballard, as he was never comfortable in the hero role and saw himself as a pure, unadulterated selfish bastard.

As the books opens, Ballard visits one of his remaining friends, another wizard named Branco Boj who is dying of AIDS. Years earlier, Boj’s wife had been savagely butchered by a wizard named Dusan Slorzack. Boj ask Ballard to find Slorzack and kill him. Ballard agrees and thus the chase begins though the rogue wizard has no real idea what a powerful mage he is hunting.

It soon begins clear to Ballard, that Slorzack is a heartless killer able to elude even the most complex searching techniques, both technical and magical. Then, along the hunt, Ballard uncovers a new type of American made magic born during the early days of the country’s history. All of which is centered around a mystical place called The Greenway. What is this strange alien magic all about and what is the significance of The Greenway to Dusan Slorzack?

R.S. Belcher pulls out all the stops in delivering a brutal story about the true meanings of the human heart; loneliness, love, despair, anger, and unyielding hope against the cruelest fates. It is a brilliant page turner and carves another notch in this writer’s remarkable career. If you aren’t familiar with him, we urge you to do so now and enjoy the ride. He won’t let you down.