Posted 9 months ago by Ashley Pauls 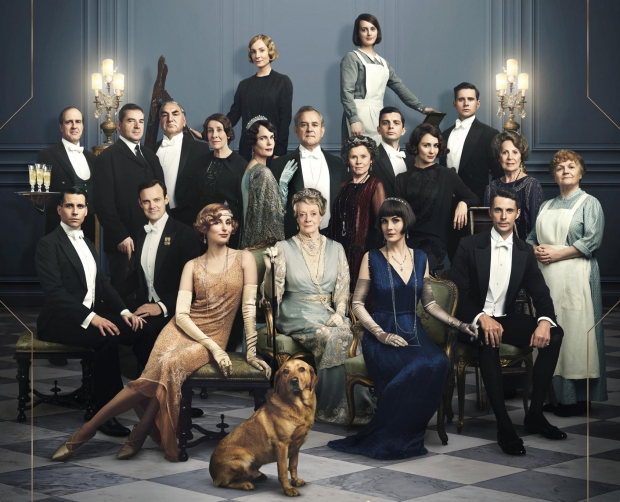 I can’t remember exactly how I got into Downton Abbey. I think a friend recommended it to me, and I watched the first season while it was still on Netflix.

Needless to say, I quickly fell absolutely, completely in love with this show. I’d watched plenty of British period dramas before, but there was something extra special about this one. Maybe it was the elaborate sets, or the gorgeous costumes, or the top-notch ensemble cast.

Whatever the reason, by the end of the final episode of the first season, I was hooked. I watched the rest of the seasons on PBS as they aired, and I had a wonderful time discussing the show with family members, friends, and coworkers, who also couldn’t seem to get enough of this show.

When the final season aired in 2016, it was a bittersweet moment. I was sad because I knew I was going to miss all these wonderful characters, but I was happy because the show wrapped up in such a lovely way. I was satisfied with the ending, but of course I didn’t object when I heard the announcement that the story would be continuing in a big screen movie.

The Downton Abbey movie, out in theaters this past weekend, feels more like an extra long TV episode than a movie — and I mean that as a compliment. I was curious how the TV series would translate to film, and to me it worked seamlessly. This is really just like two or three episodes played together, and at the end of the movie, I wanted it to keep going!

This is not a standalone film; if you saw the trailers and were curious, you definitely need to watch the show first. As a fan, I appreciated that they didn’t take up any runtime by reintroducing characters, but the film will probably feel rather confusing to those who aren’t already familiar with the Crawley family and their staff.

The plot is fairly simple: the Crawleys receive word that the king and queen of England will be coming to stay at Downton, and this brings a rush of excitement and anxiety. Of course, it wouldn’t be “Downton Abbey” without a few conflicts and scandals along the way, but everything is nicely wrapped up by the end. Pretty much everyone gets a happy ending, and the film ties up a few loose threads remaining after the end of the final season.

The Downton Abbey movie feels like the cinematic equivalent of grabbing a book and a cup of hot chocolate and curling up by a warm fire. Nothing earth-shattering happens here, but that’s okay. Watching the movie gave me a nice, cozy feeling.

I actually found myself tearing up at two points in the movie — the first time was at the beginning, when I heard the theme music and saw the camera panning over Downton, and I realized how much I’d missed this place. Then I also got a bit misty eyed at the very end, as I realized I was probably seeing Downton for the last time.

Is the movie actually the last we’ll see of Downton? The film apparently exceeded expectations at the box office, so I wouldn’t be surprised if the story picks back up again at a later date. But, I’ll also be okay if this truly is the end. It was nice to get one more chance to say goodbye.