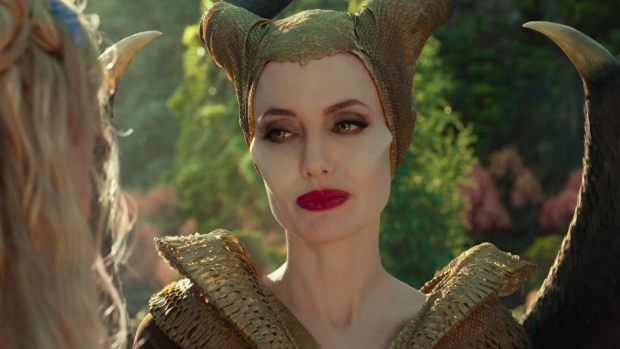 Many times, the villain in a story is an even more fascinating character than the hero.

We wonder why they chose this path, and what compels them to oppose our hero. Maybe their motivations are purely selfish, like Emperor Palpatine, who just wants more power, or maybe they’re more like the horrifically misguided Thanos, who thought “The Snap” was necessary to save the universe.

Disney gave us a fresh perspective on the villain from the classic animated fairytale “Sleeping Beauty” with 2014’s live-action “Maleficent.” This film turned Maleficent from a villain into more of an antihero, showing how the tragedy in her past warped her and made it difficult for her to trust others. She curses baby Aurora (a.k.a. Sleeping Beauty) but later comes to view Aurora as her own daughter and saves her.

It’s been a while since I watched “Maleficent,” but I remember really liking it. It strays farther from its animated source material than most of the live-action Disney remakes, which I think is a good thing. While I’ve enjoyed pretty much all of Disney’s live-action remakes, the best ones are the films that use the animated classic they’re based on as a springboard to say something new.

“Maleficent: Mistress of Evil” seems like a bit of an odd title for the sequel, since once again, Maleficent isn’t actually the main villain (I feel like it’s not actually a spoiler to say that). It’s another film that didn’t strictly need a sequel, and it wasn’t quite as good as the original, but I enjoyed it anyway.

In the sequel, Maleficent (Angelina Jolie) doesn’t react well to the news that Aurora (Elle Fanning) plans to marry Prince Phillip, and Maleficent clashes with Queen Ingrith (Michelle Pfeiffer), Phillip’s mother. Maleficent inadvertently ends up driving Aurora away, and she discovers a secret land populated by other people like her, the Dark Fey. Will her love for her daughter be enough to pull her back from the dark precipice she stands on?

It’s great to see two powerhouse actors like Angelina Jolie and Michelle Pfeiffer onscreen together, and I wish the film had given them even more joint scenes. The fact they don’t share more screen time feels like a bit of a missed opportunity.

Although visuals are not a replacement for story, the special effects in “Maleficent: Mistress of Evil” truly are enchanting. I decided to see the movie in IMAX, since I’m an AMC A-List member and you don’t have to pay extra for IMAX showings (I promise this isn’t a paid advertisement for the A-List program, but I really do love it, and I go to see a lot more movies now because of it).

There were a few parts where the camera is “soaring” like a bird over this fantasy land, and I actually got a bit dizzy because you feel like you’re actually flying too. Also, the special effects and costuming that bring Maleficent’s character to life are particularly impressive.

As mentioned before, I didn’t enjoy the sequel quite as much as the original, but I’m still glad I went to see it. A stronger screenplay would have made this movie even better, but I really liked the characters and performances.

I also appreciated the themes in the original and the sequel. The first movie taught us that the world was wrong to label Maleficent as a monster, and that she was both capable of and deserving of love. The second movie deals more with the concept that true love must involve a willingness to let go.

Maleficent loves Aurora and wants to protect her from harm, but that protectiveness turns toxic and poisons her relationship with Aurora when she becomes too controlling. If you truly love someone, you have to give them their own space and respect their individual freedom. If you try to hold on too tightly, you’ll just end up pushing people away.

I’ll be curious to see how “Maleficent: Mistress of Evil” performs at the box office in comparison to the original, although at this point does Disney even really need the money? Especially since we’ve got “Frozen 2” and “The Rise of Skywalker” still to come!