Home Movie review: ‘The Dark Tower’ is a missed opportunity

Movie review: ‘The Dark Tower’ is a missed opportunity 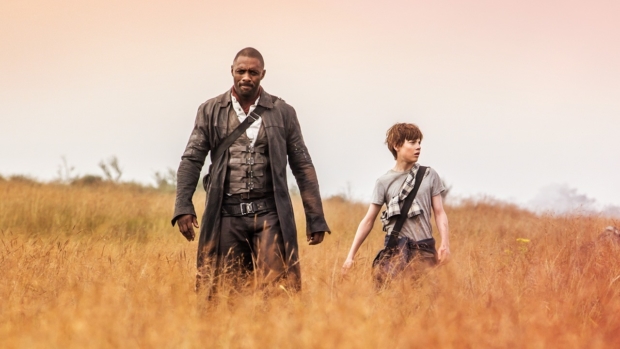 Sometimes watching a disappointing movie is harder than watching a bad one. With a bad movie, you at least know right away what you’re in for, when the acting, the dialogue, and the premise are bad from the very beginning (“The Emoji Movie,” anyone?) But then there are movies like the recent adaptation of Stephen King’s “The Dark Tower,” which have a great cast and an intriguing premise. Although “The Dark Tower” wasn’t a terrible movie, it was, in my opinion, a deeply disappointing one. The film was frustrating because I left the theater thinking it could have been so much more.

Although I’m not much of a Stephen King fan (the trailer I saw for “It” is more than enough to give me months of nightmares), “The Dark Tower” immediately caught my interest. A gritty post-apocalyptic sci-fi quasi-western? Starring Idris Elba and Matthew McConaughey? Count me in! However, the final product does not live up to its potential.

The film is about a boy named Jake who has terrifying nightmares about a Man in Black (Matthew McConaughey) and a mysterious Dark Tower that protects the universe. As the Man in Black gets closer to destroying the Tower, the barriers between worlds begin to break down. Jake flees to a place called Mid-World, where he meets a stoic Gunslinger (Idris Elba). Together, they must hunt down the Man in Black and stop him before he destroys all worlds, including our Earth.

Since I haven’t read Stephen King’s original writings about “The Dark Tower,” I’m not sure exactly where the movie started going wrong as an adaptation. Yet as a film fan, one of the things that bothered me was how the movie didn’t delve deeply enough into the rich mythology lurking in the background. The film does a good job introducing Jake, but it’s hard to get invested in the overarching story. Clocking in at only 95 minutes, a film of this (potentially) epic scale should have had at least another hour of run-time. I wanted to learn a lot more about the Dark Tower; perhaps I missed some of these details, but I was left wondering who built it, how exactly it protects the universe, how many other worlds are out there, and whether there are plans to safeguard it in the future from other villains like the Man in Black?

And speaking of the Man in Black, I felt Matthew McConaughey was really underutilized in this movie. I felt they either showed too much of him or too little (if that makes sense). They should have either kept him super mysterious, revealing only flashes of his face and playing a few snatches of his dialogue, so suspense keeps building as he manipulates events in the background. Then when he, Jake, and the Gunslinger finally cross paths, it (should be) a major showdown. Or…they should have shown way more of the Man in Black. McConaughey was genuinely terrifying in parts, such as when he uses his mind control powers and when he interrogates Jake’s mother. Instead, the movie devoted too much time to him giving orders in a control room.

The best part of the movie is definitely Idris Elba, who was a great choice to play the world-weary Gunslinger. I liked his character and the concept of the Gunslingers as protectors of worlds, but again, the movie went by too quickly to make much of an impact. With another hour added on, the stakes would have felt a lot higher and the characters a lot deeper.

Based on the lackluster opening weekend box office, I’m not sure if we’ll be seeing more of “The Dark Tower.” However, this is a case where I’d be really excited for a reboot a few years down the road. “The Dark Tower” is a really cool concept that deserves a second chance.