Posted 8 months ago by Ashley Pauls 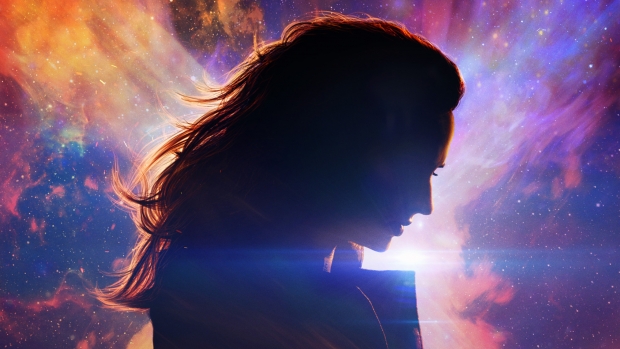 For better or worse, “Dark Phoenix” marks the end of the X-Men franchise as we know it.

It’s a little like a political lame duck; it’s being released after the Disney/Fox merger but does not tie into the Marvel Cinematic Universe. Reviews for the film haven’t been kind — it’s currently sitting at 24 percent on Rotten Tomatoes — and with its $33 million opening weekend box office, it barely managed to beat out Disney’s live action “Aladdin,” which is in its third week. (As a side note, I actually went to see “Aladdin” again this past weekend, and I enjoyed it even more a second time. It looks like it may prove to be one of the summer’s leggiest movies.)

I went to see a Thursday night preview of “Dark Phoenix,” and my immediate reaction was, “this isn’t quite as bad as the reviews would lead you to believe.” Sure, the movie does have some significant flaws (we’ll get to those in a minute), but there were some things I did enjoy about this movie.

As someone who doesn’t have much familiarity with comics (it’s my geek Achilles’ heel, and I always feel guilty about that), the only knowledge I had about the Dark Phoenix storyline came from the “X-Men: The Last Stand” movie which I saw a long time ago and don’t remember a lot about.

Basically, Jean Grey, member of the X-Men team, gets some new cosmic powers that pull her towards the dark side, and the X-Men are torn between wanting to save her and having to stop her. Also, from this point on, I’m not sure what parts of my review may be spoiler-y or not for those who have read the comics, so if you don’t want spoilers of any kind, stop reading now.

By this point in the franchise, it’s best not to think too closely about how the timeline for these reboot films (“First Class,” “Days of Future Past,” “Apocalypse,” and “Dark Phoenix”) matches up with the original Hugh Jackman films. In “First Class,” Michael Fassbender’s Magneto and James McAvoy’s Professor X appear to be 20/30 somethings in the 1960s. Fast forward 30-ish years to “Dark Phoenix,” and let’s just say these two have aged suspiciously well.

“First Class” is actually my favorite X-Men film, and I will never complain about seeing Fassbender and McAvoy return to these roles. They are, at least in my opinion, the best parts of these reboot films, and there’s a very nice moment at the end of “Dark Phoenix” that closes out their storyline.

I did like Sophie Turner as Jean Grey, and I love the complexity of the character’s storyline. I’m a sucker for stories involving anti-heroes and nuanced villains, and I think we need more female characters who fit into these archetypes. Jean is a conflicted soul who is struggling with demons she can’t quite master, and if anything, the plot of this film moves too fast, instead of letting Jean’s conflict slowly build.

I wasn’t a fan of the alien subplot in this movie, and I felt it distracted from the main, more interesting storyline (i.e. Jean’s inner struggle). I have heard the aliens are a part of the original comics, but I wish they had cut it out altogether, because the shape-shifting aliens in this movie reminded me too much of the Skrulls in “Captain Marvel.” I personally don’t think the giant space cloud that Jean derives her powers from needs a backstory; just give her the powers, and then focus on how she deals with them.

I wanted to see more interactions between Jean and Magneto, and Jean and Professor X. I thought Professor X and Jean’s relationship was fascinating, because you have Charles trying to do something good by messing with Jean’s memories and burying her past trauma, but in the long run he harms her more than he helps her. Misusing one’s powers in the name of good is a potential pitfall that all superheroes face, and I love seeing this explored.

I also wish Jean had been able to spend more time at Magneto’s compound for mutants, because based on his own past, he seems the most qualified to help Jean with her dark side temptations. He also knows what it’s like to live with an overwhelming sense of rage and a desire for revenge, though he’s eventually able to find some peace.

Some other, very spoiler-y quibbles: It definitely feels like Jennifer Lawrence was kinda phoning it in as a performer in this movie; however, Mystique’s death does make a powerful emotional impact. It’s a sad twist, but it gives the story more weight. I also felt like Jean’s turn back to the light came too soon in the film. I wished they had kept her fate in limbo until the very end, when she makes a final decision to sacrifice herself to save her friends.

In short, this film has some good features that needed more polishing, and it’s a shame that it’s the end of an era. I definitely believe we’ll see the X-Men on film again, but I’m still feeling a bit hesitant on whether I want them to join the MCU’s main storyline. I like having them as their own franchise, with their own tone and style.

Regardless of some misfires along the way, the X-Men films have offered some great performances and storytelling. Maybe all fans don’t feel the same way — and that’s completely okay — but I will personally be sad to see them go.