Movie review: ‘1917’ a harrowing, emotional film and a technical achievement 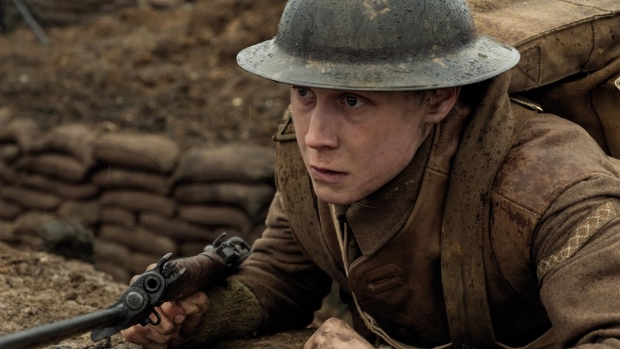 Late last year, I had an opportunity to visit the National World War I Museum and Memorial in Kansas City, Missouri. I’d been there once before, but a museum centered on such a heavy, sobering topic needs several visits to process.

It seems like there’s been a resurgence of interest in World War I in the United States recently, no doubt tied to the recent 100th anniversary of the U.S. entering the war (a milestone that took place in 2017). Peter Jackson’s WWI documentary “They Shall Not Grow Old” also received widespread acclaim and sparked discussion.

Americans don’t talk enough about WWI, and I’m glad to see that being remedied. Though it was called “the war to end all wars” and killed millions of both soldiers and civilians, WWI did not bring peace. WWII followed soon after, bringing even more death and destruction.

Even though it happened a century ago, it’s important to keep talking about WWI and the issues it raised. I know the phrase “those who don’t learn from history are doomed to repeat it” is considered to be a cliche, but it’s also 100% true.

I actually think movies are an important part of telling this story. It’s one thing to read about a war in the pages of a history book; it’s easy to feel detached, and to just look at the information in terms of facts instead of emotions.

Yet when you see the events captured on film, history becomes more immediate and real. You see the faces of the young soldiers ⁠— their fear, their frustrations, and their grief — and you’re reminded of just how many innocent lives were lost because of the greed and arrogance of the political leaders who started the conflict.

Sam Mendes’ moving WWI drama “1917” is a powerful film, based partly on information shared by Mendes’ grandfather, Alfred Mendes. It’s a harrowing, emotional movie, and also a technical achievement: the film is made to appear as though it is one continuous shot.

Initially I feared this technique would come across as a gimmick, but it actually makes the film that much more powerful, because it feels as though you are experiencing the story in real time.

As an audience member, you are accompanying two young British soldiers on a mission to deliver a message that will stop troops from being caught in a trap. You feel what it’s like to push your way through crowded, squalid trenches; to crawl through a maze of barbed wire; and to sneak across a muddy wasteland, hoping an enemy sniper won’t see you and shoot you.

“1917” shows us both the horror and the humanity of war. Everywhere you look, you see the signs of senseless violence. Yet there are also moments of compassion and friendship and love. Even in the worst of circumstances, people find a way to push back the darkness and keep clinging to the light.

You’ll see a lot of famous faces in this film — including Mark Strong, Andrew Scott, Richard Madden, Colin Firth, and Benedict Cumberbatch — and I appreciated that theses cameos also were not used as a gimmick. They all have a part to play in the story, but the film’s stars — and its heart — are the two ordinary soldiers played by George MacKay and Dean-Charles Chapman.

One is an idealist, still believing in the promise of victory, while the other is battle-weary and exhausted, longing for home. Even in such a terrible place, their friendship helps them both find hope.

I highly recommend “1917,” and also, if you ever find yourself in this part of the country, a visit to the National World War I Museum and Memorial.

I thought back to my time at the museum as I was mulling over this movie; to me, the part of the museum that lingers the most in my mind actually isn’t an exhibit or artifact. As you walk into the main gallery, you cross over a glass bridge above a simulated field of poppies. It hearkens back to the famous WWI poem, “In Flanders Fields,” by Lieutenant Colonel John McCrae, which reflects on the flowers blooming in such a horrific place. 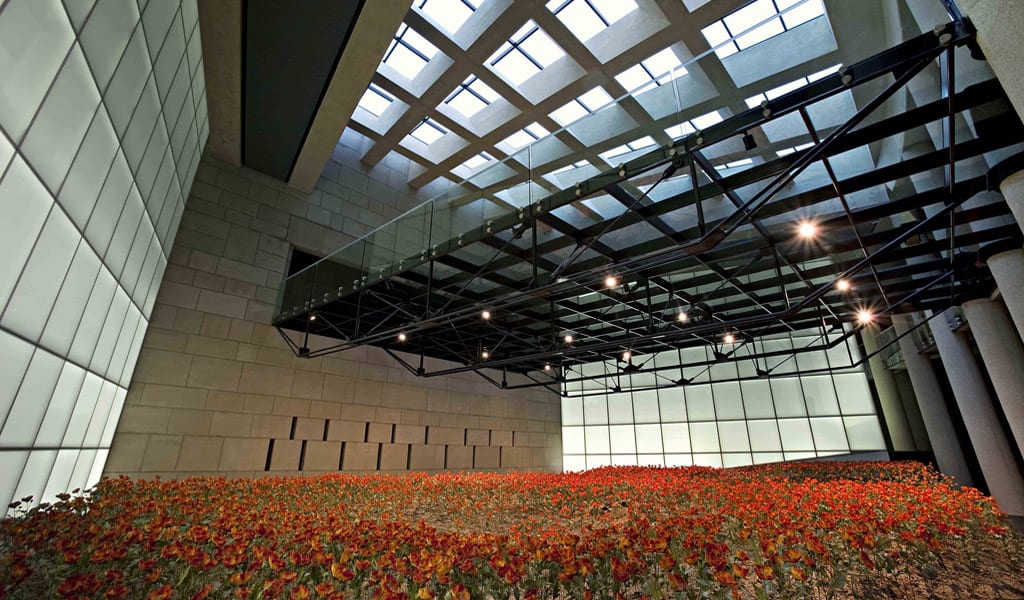 In Flanders fields the poppies blow
Between the crosses, row on row,
That mark our place: and in the sky
The larks, still bravely singing, fly
Scarce heard amid the guns below.

We are the Dead. Short days ago
We lived, felt dawn, saw sunset glow,
Loved and were loved, and now we lie
In Flanders fields.

“1917” continues to tell that story, and to teach a lesson about war that we would all be wise to learn.