Home Messages of hope from our favorite geek stories

Messages of hope from our favorite geek stories 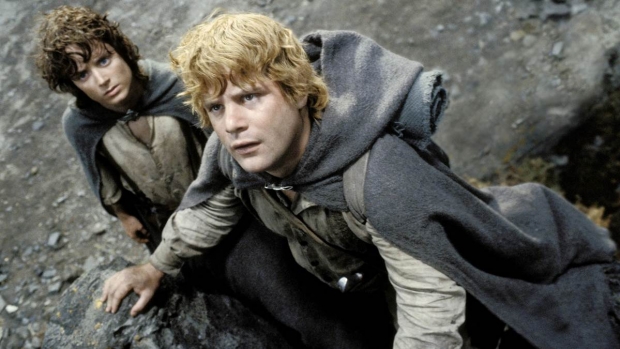 Though it is not yet halfway over, 2020 has already been a long, difficult year. A global pandemic led to mass quarantine orders and sparked a time of fear and uncertainty that remains today, as the search for a vaccine continues. People also are grieving the ugly truth that is the long history of systemic racism, and they are pleading desperately for justice.

It’s hard not to feel discouraged as we ponder the future. It’s hard not to look ahead and see nothing but a bleak question mark. It’s hard to know what to do as an individual, when we all feel so powerless. Will things ever get better?

It’s times like these that I take comfort in my favorite stories. I personally don’t believe in the phrase “it’s just fiction, so it doesn’t have any real meaning.” Stories are an incredibly powerful art form that can help people address issues and see the world through another’s eyes. Fiction inspires us and motivates us, and reminds us that no matter how dark things seem, there is always, always hope.

There are many moments from my favorite movies that fill me with hope. There’s the moment in “Wonder Woman” where Diana climbs up out of the trench and charges, alone, across No Man’s Land, unafraid to fight for justice. There’s the moment in “Guardians of the Galaxy Vol. 1” when Peter is struggling to contain the Infinity Stone and then all the Guardians join hands and bear the burden together. Then there’s the moment in “The Rise of Skywalker” at the Battle of Exegol where Poe feels the Resistance is doomed and there are too many enemies to fight. That’s when Lando shows up with a fleet of heroes, reminding Poe that “There are more of us.”

But perhaps my favorite message from a movie about having hope in dark times can be found in “Lord of the Rings: The Two Towers.” Frodo is losing heart, but Sam urges him to keep fighting.

Sam: By rights we shouldn’t even be here.
But we are.
It’s like in the great stories, Mr. Frodo.
The ones that really mattered.
Full of darkness and danger they were,
and sometimes you didn’t want to know the end.
Because how could the end be happy.
How could the world go back to the way it was when so much bad happened.
But in the end, it’s only a passing thing, this shadow.
Even darkness must pass.
A new day will come.
And when the sun shines it will shine out the clearer.
Those were the stories that stayed with you.
That meant something.
Even if you were too small to understand why.
But I think, Mr. Frodo, I do understand.
I know now.
Folk in those stories had lots of chances of turning back only they didn’t.
Because they were holding on to something.

Frodo: What are we holding onto, Sam?

Sam: That there’s some good in this world, Mr. Frodo. And it’s worth fighting for.

It’s challenging to stay hopeful in times like these, but just as Sam says, there is still good in this world, and it’s worth fighting for. Look for the good that you can do in your own sphere of influence, no matter how small it seems.

Imagine taking one candle to a darkened sports stadium and lighting it. This candle appears like a tiny speck in the vast darkness, but it’s not invisible. It’s there, and it’s shining.

Now let’s say someone else sees your candle and is inspired to light one of their own. If you filled every seat in that giant stadium with a person holding a candle, just imagine the warm glow from all the lights spreading throughout that cavernous space. That’s exactly what happens when we follow Sam’s words and take a stand for what’s right.

Eventually, the darkness will pass, and when the sun rises again, I want to be remembered as a “Sam” who found a way to bring hope to others even in the midst of difficulty, who did the right thing even though it was challenging.

Share this...
Posted in Reviews · Tagged: Frodo, Geek, good in this world, lord of the rings, message of hope, Sam