Posted 6 months ago by Ashley Pauls 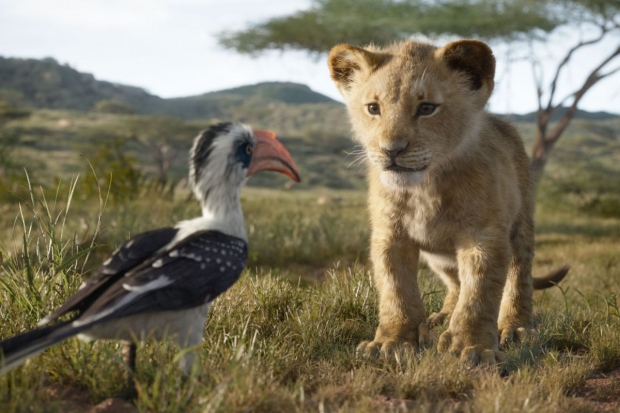 While not all of Disney’s live action remakes of their animated classics have been a hit with critics, they do appear (at least for the most part) to have found success at the box office.

The live action “Beauty and the Beast” earned a staggering $1.26 billion worldwide. “The Jungle Book” earned $966 million. “Aladdin” is at $961 million (and still counting), surprisingly turning into one of the summer’s leggiest movies.

This weekend, “The Lion King” hopes to join the trend of Disney live action successes with its star-studded voice cast and impressive CGI visuals, despite its somewhat so-so reviews.

I’ve heard a lot of mixed opinions from film fans on the Disney live action remakes. Some fans feel these remakes are shameless cash grabs, the result of Disney trying to make a quick buck by rehashing an already-told story. Others (myself included) feel they are harmless fun, refreshing a well-loved story for a new generation.

I think it’s actually a bit tricky to determine when to label a film a “shameless cash grab,” because, at the end of the day, all blockbusters are designed to make money (preferably, a LOT of money). In the strictest sense, “Avengers: Endgame” was a cash grab. “The Force Awakens” was a cash grab. However, I dearly love both those movies, and I believe both have value as works of pop culture. Yes, they made a lot of cash at the box office, but they also tell a meaningful story and offer thoughtful themes.

The reason I’ve enjoyed most of the live action Disney remakes is that they do offer something new that wasn’t present in the original animated versions. “Maleficent” made us see a classic Disney villain in a new way. “Aladdin” gave us an authentically diverse cast of actors (while I love the animated original, it disappointingly did not have a very diverse voice cast). And judging by the trailer of the new “Mulan” remake, it will have some gorgeous action sequences and reportedly steer closer to the original legend from China.

There’s also a certain novelty in seeing your favorite Disney animated films in a new format. I grew up watching a lot of these films (“Aladdin” was the very first film I remember seeing in a theater), and seeing a new version just gives me a warm, fuzzy feeling. It’s not always bad to play to the audience’s nostalgia (although sometimes, nostalgia is a double-edged sword, but that’s another topic for another time).

I think it also matters which animated classics Disney targets for re-release. “Dumbo” comparatively under-performed; perhaps because the animated original isn’t one people are talking about as much, and director Tim Burton seems to be struggling at the box office in general lately. I’m also a little worried about “The Lion King,” because unlike “Aladdin” — which is a true live action retelling of an animated film — “The Lion King” is basically also an animated film, just with photo-realistic CGI.

Disney’s princess movies have always been popular, so it makes sense to target those for remakes, especially since some of the older ones do have some features that feel a little dated. Maybe it’s controversial to say that? But that’s possibly why “Cinderella” is my favorite live action remake thus far; it captures the charm of the original story but gives it a fresh coat of paint that makes the film feel both timeless and modern.

In the end, if the Disney live action remakes bring you joy, that’s great! I personally really enjoy seeing them and I’m excited for the new ones coming up in the future. And if they’re not your thing? That’s okay too! Regardless, it has been fun to see kids connecting with these live action movies and (I hope!) discovering the animated classics as well.