Posted 4 months ago by ESO Network 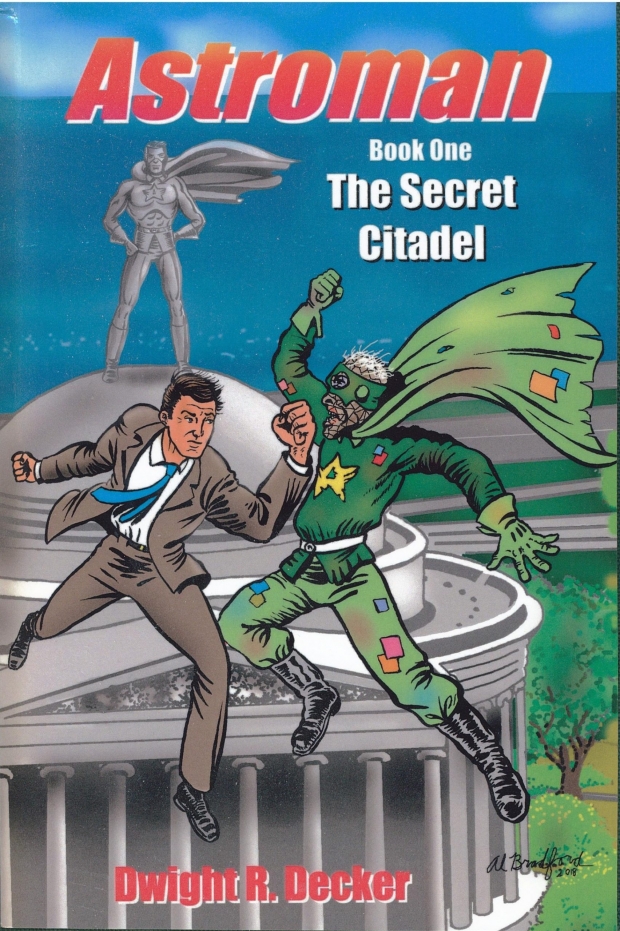 Superheroes are a popular topic for prose novesl these days as authors attempt to cash on on the success of Hollywood’s big buget Cape Operas. With “Astroman – The Secret Citadel,” writer Dwight Decker takes his own shot at spinning something new out of something old and worn.

The premise comes at the subject from a totally slanted approach. Matt Dawson is a scientist from our world leading a fairly mundane existent. One day a freakish accident throws him into an alternate plane where he arrives with enhanced super powers. Now that alone would be enough for a solid plot foundation upon which to erect an exciting tale. Whereas Decker has more literary tricks up his sleeve.

You see, the new Earth Dawson has landed on already has a “super” hero. His name is Astroman and he’s a strange visitor from another planet; in fact the last surviving son of that particular alien world. Now on terra firma and possessed with mighty powers, Astroman assumes the disguise of a mild-mannered reporter working for a large metropolitan newspaper.

Sound familiar? If you’ve been living on this globe for the past 75 years, then you pretty much know who Astroman and his cast of characters is based on. All that is missing is the fruity cereal commercial. Naturally our protagonist is eager to meet this hero but learns Astroman is missing and has been for quite some time. So what happened to him? Has he gone off into space on some secret galactic errand or has he fallen prey to his arch enemy, a brilliant scientist gone rogue.

To learn the answer to this puzzle, Dawson is quickly caught up in more trouble than he could possibly have imagined. In the end, he wonders if being is super is really a blessing or a curse. “ASTROMAN – The Secret Citadel” is a well thought out exposition about what it means to be extraordinary and Decker explores the theme with so much enthusiasm, the book is a fun romp. But be warned, it is only the first half of a larger story though at its end we are promised the second part soon. Don’t let us down, Decker. This is really good stuff.