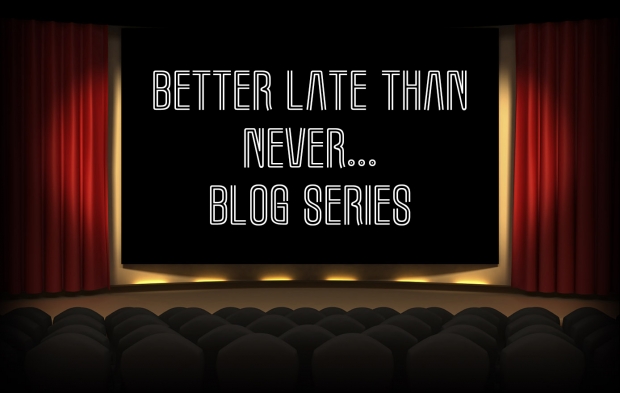 I love movies — that’s something that pretty much everyone who knows me knows. But I actually didn’t get really serious about film until college. I’ve seen plenty of movies that were released post-2010, but there’s a number of classic films I haven’t seen yet.

In 2014, I actually sat down and created a “movie bucket list” of well-known films I hadn’t watched. I’ve watched several films from that list since then and blogged about them too, including my first Quentin Tarantino film and “The Godfather.” But then I kinda forgot about the list, until I was at Dragon Con this summer and had to admit to Mike Faber that I hadn’t ever seen “The Big Lebowski.”

And so, I decided it’s time to dive back into my movie bucket list with the “Better Late than Never” blog series! I’m going to start off with four movies from the list:

Jaws
The Big Lebowski (of course!)
An Alfred Hitchcock film (haven’t seen any yet, to my knowledge, so I’m open to recommendations!)
The Good, the Bad, and the Ugly

I’d also like to turn “Better Late than Never” into a continuing blog series, so be sure to let me know if you have any “must see” films that you’d like to add to my list. They can be new, old, popular, or off the beaten path — send me your suggestions! 🙂