Posted 4 months ago by Rebecca Daniel 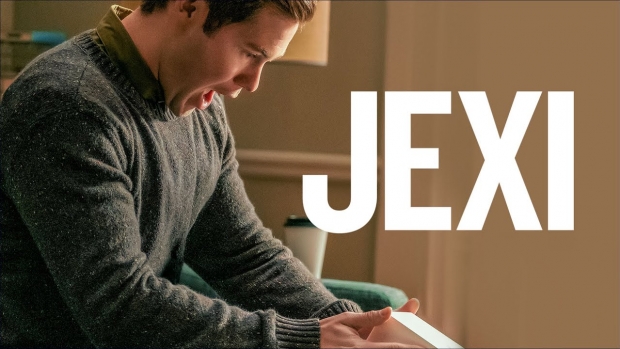 Our phones are the gateway to everything: texting, maps, music, social media. You name it, the phone is our lifeline. Jexi asks the question of what happens when we become too dependent on our phones and forget to live our lives?

Directed by Jon Lucas and Scott More (Bad Moms, Office Christmas Party) Jexi is the story of a guy named Phil who has never been able to form a real connection. Since childhood, Phil has had a screen placed in front of him whenever things got difficult. His parents were uninterested in talking to him when life was complicated, so they gave him their phones as a source of entertainment. This leads to an addiction for Phil in adulthood as he forgoes any kind of social life just so he can stay in his apartment on his phone every night. In this area, Jexi does offer insightful social commentary. Do we all forget to live our lives because of our tiny phone screens beckoning us to keep scrolling?

After a chance encounter with a bike shop owner, Phil’s phone breaks and he frantically buys a new one with an artificial intelligence system called Jexi. Just like that, any semblance of interesting commentary this movie once had goes away. Jexi is a crass AI whose goal is to help Phil get out and live a better life, but it is really destroying his life. Naturally, chaos ensues in each and every scene.

The screenplay for Jexi is just a hot mess. It’s a cheap knock-off of Spike Jonze’s Her with middle school humor. Is it a social commentary or an off-the-wall comedy? Jexi can’t quite figure out what it’s trying to achieve when half of the time it feels like a commentary on society’s smartphone addiction and the other half it feels like a cut-for-time SNL skit. Each act becomes more and more tonally inconsistent with every passing moment. In the first act, Jexi is a loudmouth AI who is there to shake up Phil’s life! In the second, Jexi helps Phil live his life as the two become close friends! Then the third act hits and it’s like watching another movie. I’ll save you the spoilers (if you really want to see this) but it feels like Jexi is 3 totally different characters throughout the film. All 3 acts lead to a resolution that is way too convenient compared to the insane situations the audience has to sit through and watch.

Adam Devine is a funny actor who can carry a movie. In many ways, he’s reminiscent of Jack Black. He plays Phil with an anxious and humorous edge, but his character is so dumb. It’s bothersome that we’re supposed to believe this character could be a news reporter when he’s this stupid. His lack of smarts is played for comedic purposes, but no one would be this clueless about a phone! Here are some things he could have done to prevent this whole movie from happening.

These are all perfectly viable options when a phone threatens your life. The bottom line is, it can be flat out painful to watch Phil be so oblivious to all of his options. No one acts that way in reality. Nothing about his character behaves realistically when it comes to modern technology.

Alexandra Shipp is Cate, the free-spirited bike shop owner who tries to help show Phil how to get out and live his life. Her charming firefighter ex-fiancè Brody (Justin Hartley) is a scene-stealer even with the very little amount of screen time he gets.

Rose Byrne voices the artificial intelligence system Jexi. Almost everything she says is extremely foul-mouthed. There are some genuinely funny moments between Jexi and Phil though. Rose Byrne does a convincing job of sounding like a monotone OS while saying outlandish statements at the same time.

As I walked out of Jexi, I thought about the way Phil had been a metaphorical prisoner of a phone his whole life. The film takes an interesting leap with him becoming a literal prisoner of Jexi. Perhaps, the filmmakers were trying to make a statement of how ridiculous everyone looks being constantly chained to their phones in today’s world. I just wish the film itself had a better way of making that statement. Jexi offers an interesting premise that is not executed properly. Steer clear of this sinister smartphone story filled with tonal inconsistencies, cheap humor, and unbelievable storytelling.