Posted 6 years ago by Jennifer Wees 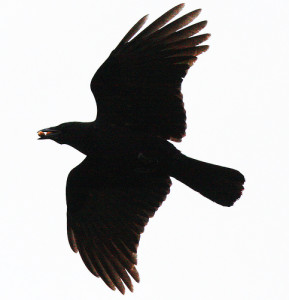 Let me start this by saying I don’t read much fiction. I was an academic for a very long time and mostly read non-fiction, even for fun. If it was outside of my area of study, it was fun. My work was with early Egyptian Christianity, so a fun book might be about the Moghul Emperors, for example. Eventually I realized that, for the most part, if a character in a book wasn’t real, I simply didn’t care what happened to that person. I liked potential – knowing what was going to happen because I’d read the history – or learning things I could connect to other things I already knew. Life fits within a framework of experience, and I enjoyed adding to mine. A work of fiction has to border on remarkable to keep my attention, and there are not many that do. What follows is a discussion of a book that I don’t find necessarily remarkable, but it made me curious, and that’s a hard enough thing to do.

My thoughts on American Gods…[spoilers!]

I didn’t know where the hero of American Gods was going to go; he seemed to have no real will of his own. His nickname is Shadow, his given name is never revealed, and he seems only to exist in the reflected light of others. He becomes willing to let the forces of the world move him like checkers pieces, but he may have been like that before as he is in prison because of an act precipitated by the wishes of his wife. Maybe he’s always been a cipher: a person of no influence. He discovers his wife has betrayed him with his best friend and he was conceived with the specific purpose of being used in a long con by his father and his cell mate. Yet, he continues to be moved by the whims of others. He rarely makes a conscious decision as to his own fate and when he does, he is undermined by others. He sacrifices his life for a god who has been using him since before he was born—using him to influence other gods—and in so doing becomes a fundamental element of Western religious thought: a dying and rising god whose return saves the world. He is thereafter rewarded with not dying, and at the end of the book we find him wandering around the land of some of the oldest gods we rarely think of, content to smile at pretty girls, sit on grassy slopes, and do coin tricks.

For most of the book I couldn’t understand how someone could take no responsibility for what was happening to them, how they could simply do what they’re told, but given that he has been hired by an old Norse god perhaps Shadow stands for all the religious believers who’ve lacked the capacity to question beyond a certain minimum. When he finally pulls down the curtain of obedience, he ends the god’s influence, at least in the Americas. He later meets another version of the same god, which can seem odd until you remember that the old gods had different temples in different places, just as Catholic saints do today; we can specifically think about how the Virgin Mary is found in a number of places with a number of titles, such as Notre Dame de Paris or Our Lady of Guadalupe. They are all the same, and all different. In this context, his meeting of this second iteration of the old Norse god makes sense. Regardless, Shadow learns that he has to obey the gods, only they can break the rules, but that if he questions them, he may find different answers than they originally planned to give, and he may find gods he actually likes.

Shadow’s passivity in the face of tremendous events is not necessarily a fault. He simply lets things happen, but he learns by watching. He rarely seeks out knowledge for itself, but he accepts it when it arrives. His behaviour cleared a path for me that I’d never really understood before in quite this way: enlightenment. The buddhas and bodhisattvas of the East found enlightenment through inaction; they sit and not-think until a thought reveals itself. I’ve always thought this would be very boring. How can one learn anything if one does not seek the knowledge out? Enlightened beings, however, are not enlightened in a vacuum; people come to them and ask questions and have discussions. These devotees may be partly responsible for the enlightenment of these people for how do we know if the answer would come without the question? The Buddha would have been unable to teach without students to learn.

We do not need to chase information in order to learn; it is all around us. We often ignore or deny what we see and in doing so we lose opportunities for many different kinds of wonder: a toddler’s dawning understanding of personal interaction, the blooming of different plants over the course of the summer, peanut butter on toast, how the sun on your face can make your whole day better, a glimpse of a butterfly by the side of the road. These personal experiences cannot be found in books, and while we can’t exactly share how they make us feel, they may help us to understand the feelings of people around us, and when they ask us a question we may be able to give them a more enlightened answer than would otherwise be possible if we ignored these experiences because we’re too eager for our coffee to see the toddler’s face, riding our bikes too fast to work to notice the flowers, in a rush at breakfast, too late for work to stand still in the sun, or driving too quickly to notice what’s going on outside our cars. Shadow lets things happen to him, and through this acceptance he understands more about himself and the world around him. His quiet ways allow him to answer questions he might otherwise never have asked, and to answer the questions the world asked him every day, once he stood still enough to listen.