Home Downton Abbey Review: An Elegant Return To The Castle

Downton Abbey Review: An Elegant Return To The Castle

Posted 4 months ago by Rebecca Daniel 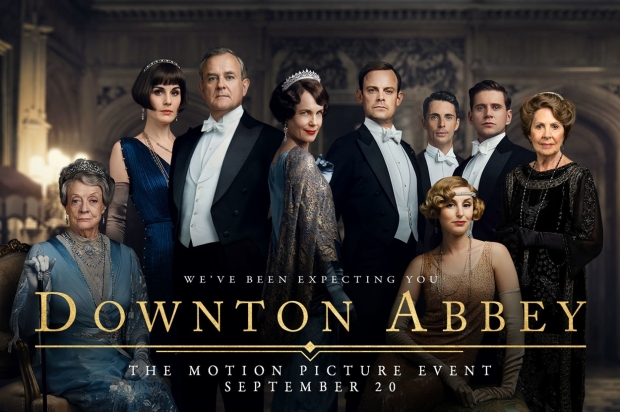 When I sat down in the theater to see the Downton Abbey movie, I wondered if the magic of the show could be recreated. Sometimes reboots don’t work. Yet, the first sweeping shots of the Downton Abbey castle accompanied by the iconic orchestral theme on the theater screen were instant magic. It was as if no time had passed since the series finale and I had to know what all of my favorite characters were doing.

It’s been 4 years since Downton Abbey ended its series run on TV. It was a show that detailed the differences between the life of the elite upstairs world and the working class downstairs servants. Yet, you somehow felt a connection to both worlds because of the fantastic storytelling. Each episode was full of gorgeous sets, detailed character development, and one special castle.

In Downton Abbey, the Crawley family is expecting a visit from the King and Queen of England. This provides a shake up at Downton as the staff must get ready for the most regal visit they’ve ever encountered at the manor. Will it all go according to plan? Can Mrs. Pattmore make enough food? Will Carson return as butler? You just have to see the movie to find out.

I won’t give away plot details, but I can say that director Michael Engler does well balancing several storylines in Downton Abbey and bringing them all together. I’d say it’s important to be a fan of the show to follow along with the film. It assumes you understand the character dynamics and plot details. So if you haven’t caught up yet, now’s the time to binge it on Amazon Prime! The series always bounced around from one plotline to another in each episode. The movie does the same thing, but they all fit together under the plot line of the King and Queen’s visit. There is the downstairs struggle of frantically preparing everything for the royal visit (chaos ensues, naturally). Then there is the upstairs struggle of keeping the estate going.
Writer Julian Fellowes makes sure that the audience remains intrigued throughout the film. No moment drags and all of the beloved characters are brought back for the big screen debut. (Except for Lady Rose! I missed seeing Lily James reunited with the Downton crew.)

As a huge fan of the show, I thoroughly enjoyed seeing each character get a special moment to shine in the movie. There are certain character relationships that are so great to see in the movie like the friendship between Mary and Anna, Carson and Mrs. Hughes, and Daisy and Ms. Pattmore. It’s the little moments at Downton Abbey that stand out. Every character gets their moment, but I’ll give you a quick ranking of who are the most highlighted characters

I could spend plenty of time writing about other characters because the film is a wonderful collage of moments letting everyone have a storyline. Yet, I will say Daisy and Andy’s plot is a bit disappointing. She spends most of the film pouting that the royals are coming to visit while he is jealous of her flirting with a local handyman. It’s not the most thrilling storyline and it made me wonder how they ever became a couple.

The characters may give us the drama, intrigue, and comedy, but what would Downton be without the set and costume design? If you thought it was incredible on the show, wait until you see it on the big screen! The details of every set are exquisite. This is truly a spectacle film that should be seen on the big screen to admire the beauty of the grand sets. There are numerous costume changes that will impress all Downton fans. Mary’s final dress and Edith’s blue sequined Star dress were my personal favorites, but I’ll have to see it again to catch more details.

Downton Abbey marks a grand return to one of television’s most elegant shows. Fans, don’t miss out on this cinematic event.
My Rating: 8/10