Ad Astra Review: Shoots For the Stars, But Falls Short

Posted 5 months ago by Rebecca Daniel 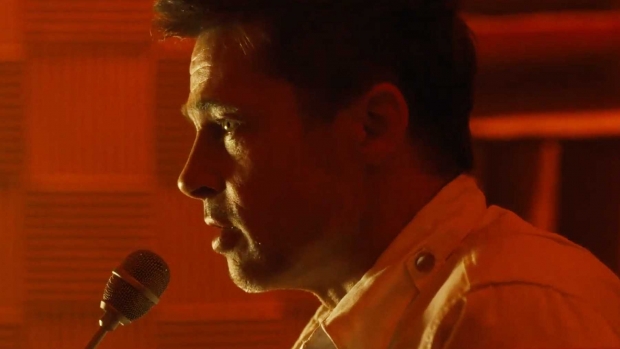 Power surges, moon pirates, and crazy monkeys? You just never know what you’re going to see in outer space. Brad Pitt may even be flying a space craft looking for his father somewhere in the solar system. At least that’s what he’s up to in Ad Astra.

Ad Astra means “To the Stars” and the film certainly takes the audience to the stars. It is set in the distant future as power surges begin to threaten the safety of earth. Astronaut Roy McBride (Brad Pitt) is sent on a special mission to find the cause of these surges and uncover a mystery surrounding his father’s space mission that disappeared many years prior.

Director James Gray (Two Lovers, The Immigrant) has crafted a space film that is more of a family drama than a thriller. Immediate connections to Terrence Malick’s The Tree of Life and Stanley Kubrick’s 2001: A Space Odyssey are evident due to the intercut editing techniques, prominent voice over work, and bold cinematography. Ad Astra is best from a technical standpoint. Gray is able to build tension throughout the film by holding back on shots, waiting to show the action. The camera looms through the portals of space shuttles as the audience member wonders what could be waiting for Roy around the next corner. The film looks stunning. Cinematographer Hoyte van Hoytema knows how to film with precision and beauty. (It does help that Brad Pitt is at the center of all of these shots.) The scenes on the Mars Base are particular standouts, in my opinion. One shot of Roy standing alone in a hallway lit by an orange neon glow is truly memorable. It has a major Stanley Kubrick vibe.

Besides the impressive technical aspects of the film, Ad Astra comes up feeling a bit empty. It’s ultimately all about Roy’s quest to find his father. He deals with an internal struggle over the father figure in his life. Why did he abandon Roy? Why is Roy so driven to be like his father? Is he ultimately becoming his father? While these are fascinating ideas, they aren’t exactly executed in the most thrilling fashion. It doesn’t help that there is no character development for anyone besides Roy in this movie. A love interest is introduced in the background (played by Liv Tyler!), but she has one line of dialogue. Another woman (played by Ruth Negga) is brought in to explain to Roy (really the audience) something that happened to his father in space, but we don’t know much about her either. Even Roy’s father, Cliff, is a bit of an enigma. The film attempts to explain bits of his character throughout the film, but he doesn’t really seem to have a lot of personality unless it’s to further Roy’s character.

The film often drags at a very slow pace before anything of interest happens. When the action does pick up, it feels like a rehashing of sci-fi moments that we’ve seen in several space films recently. One dramatic sequence combines moments that have already happened in The Martian and Gravity. In the end, a sequence that could’ve been genuinely exciting just felt like a blended copy of previous films.

Brad Pitt is completely the star of this movie. He’s the central character and provides voice over work to let the audience in on Roy’s thought process throughout the film. While not everything worked for me in Ad Astra, Brad Pitt is excellent. He gives a very somber performance attempting to come to terms with his own identity and the identity of his father. This is such a different character from Cliff Booth in Once Upon a Time in Hollywood. I’m glad Brad is having such a great acting year. It’d be good to see him get some awards attention for one of these roles.

Tommy Lee Jones is Cliff McBride, Roy’s workaholic father. He stopped at nothing to find extraterrestrial life in the solar system and that quest took him away from his family. He’s hailed a hero by the country for his space explorations, but to Roy he’s an absentee father. The mystery of Ad Astra is whether or not Cliff is still alive. I won’t go into any spoiler territory, but there is a very interesting dynamic surrounding Cliff and Roy.

Ad Astra is a technically impressive film with much to admire. Shades of Stanley Kubrick and Terrence Malick can be found in this quiet space flick that is much more of a personal driven journey than an action driven one. However, the film has the tendency to feel a bit empty when all is said and done. It shoots for the stars, but falls short of greatness.